LAS VEGAS, Jan. 9, 2012 (CES Booth #14200) – Connectivity, superb picture and sound quality, and a unique mix of electronics, content and network services are just some of the features that distinguish Sony’s dazzling array of technology at CES 2012.

Sony is introducing consumers to a new world of connected products, from TVs, Blu-ray players, andhome A/V receivers to tablets, smartphones, and PCs to camcorders, mobile audio devices and more. Combined with a broad range of online services for movies, TV shows, and games, as well as a cloud-based music service, Sony is giving consumers more access to more content whenever and however they want it. Throughthis convergence of hardware, content and network services, Sony is offering a new user experience.

“Sony is committed to designing technologies for every aspect of consumer entertainment – in or out of the home, on the go, in the air, at work, at play, or wherever life takes you,” said Kazuo Hirai, Executive Deputy President, Sony Corporation.“When these products are combined with Sony Entertainment Network (SEN)which offersinnovative services likeMusic Unlimited and Video Unlimited, as well as PlayStation Network, the user experience is truly unmatched and only made possible by a company like Sony.”

“Our newest products continue Sony’s track record of ground-breaking innovation,” said Phil Molyneux, President and COO of Sony Electronics.“Sony’s goal is delivering the highest level of consumer entertainment, and we’re not satisfied with just making the best electronics. Our movies, music and games, combined with ourdevelopment of emerging technologies like glass-less 3D and 4K technology, further demonstrate our commitment to consumers.”

Sony’s expanded BRAVIA® television lineup focuses on three series – the entry-level BX, the step-up EX, and the flagship HX. The new models each deliver the best picture quality available and give consumers flexibility in choosing the right entertainment solution.

Sony is expanding its line of products using the Google TV platform, with a new network media player and a new Blu-ray Disc™ player. In addition, select 2012 BRAVIA models will link seamlessly for easier use of Google TV features.

One of Sony’s newest product categories, tablets elevate the user experience to entirely new levels. The first out of the gate, Sony Tablet S, is optimized for dynamicmedia entertainmenton a large 9.4-inch display. Now, Sony Tablet Ppushes the design of a tablet even further. Its unprecedented dual-screen layout allows its two 5.5-inch displays to be used for different functions such as playing video on one screen while using the other as a controller, or checking email on one screen while using the other as a keyboard. Users can also combine the displays into a single large screen and its unique folding design means it can fit easily into a jacket pocket or purse.

One of Sony’s highest prioritiesis increasing its smartphonepresence in North America. Sony Ericsson will become a whollyowned subsidiary of Sony under the new company name of “Sony Mobile Communications,” and new smartphones will be delivered under the “Sony” brand*.

Sony’s newest models combine sleek, slim designs and features to deliver a full HD experience. Users can enjoy movies, TV or Web content, capture HD memories and share them on any screen, and play HD gaming on any screen they choose.

Sony is unveiling 13 new Handycam camcorder models.The newest Handycam enhancement is an entirely new image stabilization system called “Balanced Optical Steady Shot.” By controlling the entire optical path, including the lens and the image sensor, as one floating unit, this technology cancels handshake blur by up to 13 times more effectively than previous models.

Sony’s Walkman line of MP3 audio players is adding the Z Series. This flagship product adds a multi-application interface and new connectivity options to Sony’s Music Unlimited service and the Android market. Content from Z Series players can be sent wirelessly to certain DLNA enabled devices, or via HDMI to BRAVIA TVs.

Additionally, a focus on environment sustainability will continue to result in new products that consume less power and energy and require fewer natural resources both in their design and packaging.

Sony has it all: products, content, services and connectivity to technologies for 2D, HD, 3D, and 4K, plus games and Grammy- and Academy Award-winning music and movies, as well as new releases and upcoming blockbusters like “Men in Black 3.”

“Sony creates and delivers more entertainment experiences to more people than anyone, anywhere,” said Sir Howard Stringer, chairman, CEO and president of Sony Corporation. “We will continue to create the best products in the world, the kind of things that make people say,‘I have seen the future…and it’s a Sony.’” 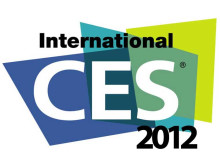