Sony Europe today announces that its partnership with a young team called Forest Guard has reached a vital stage as the youngsters have the enormous satisfaction of seeing their forest wildfire detection system idea deployed in their local forest for testing.

The team of six, whose idea won the Climate Actions part of the global FIRST® LEGO® League Children’s Climate Call competition in Copenhagen, Denmark back in May 2009, impressed Sony executives so much that the company offered to partner with the team to bring their idea to life. The team will also return to Copenhagen during the United Nations Climate Change Conference (COP15) to show the system to the world’s leading authorities on climate change at the Bright Green Expo, 12-13 December 2009.

Their idea uses a network of solar-powered CCTV cameras and citizen fire watchers over the web to obtain advance warning of wildfires before they manage to spread. The team have been working hard with Sony engineers over the summer resulting in an initial version of the system that is ready to be tested in the team’s local Tahoe National Forest in California. The University of Nevada, Reno is offering the project local support with Dr. Graham Kent and his team helping test and maintain the network of cameras.

“We are so pleased we could bring our technology and engineering skills to this project and help this young team’s idea become a reality”, says Morgan David, Divisional Director, Research and Development (R&D) at Sony. “To apply technology to help solve the problems of climate change is at the heart of Sony’s philosophy and we will continue to collaborate with the Forest Guard initiative and support this project.”

The Sony designs and software for the Forest Guard proof of concept will be released into the public domain and a white paper will also be made available so that the technology is available to all scientists, governments and NGOs working to combat wildfires globally.

Forest Guard are acutely aware of the need for detecting forest wildfires early. In September forest fires once again broke out near to them destroying 50 homes and 10 businesses in their local area. The families of Forest Guard members, Ayden, Bobby, Faith and Drew, were evacuated from their homes as the fire continued to burn closer to their properties.

Recounting the experience, eleven year old team member Ayden says: “The smoke was bellowing high from the trees, like a big black cloud. Soon after we were home, we were told to evacuate. My stomach knotted up. We went to my aunt and uncle’s house and after a few hours, the fire was put out and we went home. The next day I passed the destruction left by the fire; along the highway we could see all the trees and homes that had been destroyed.”

The team are also keen to highlight the environmental impact these devastating fires have -  the carbon dioxide emitted during these fires can equal that produced by several million cars on the road in a year and CO2 emissions by forest fires are expected to increase by 50% by 2050 if something isn’t done.

It is these experiences that are bringing members of Forest Guard to Denmark during COP15 in December. They will be exhibiting with Sony at the Bright Green exhibition held next to COP15 to showcase how their idea can make a difference globally to both people’s lives and carbon emissions.  H.R.H The Crown Prince of Denmark, the US Secretary of Commerce and the US Ambassador to Denmark are dignitaries set to attend Bright Green alongside General Manager of LEGO Education Jens Maibom and world famous inventor Dean Kamen.

A documentary following the story of the Forest Guard idea that gives a close insight into how their lives are affected by the devastating impact of forest wildfires is currently being filmed and will be shown on national broadcast channels. 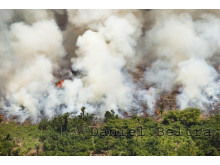 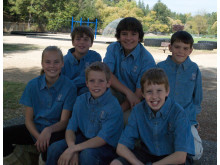