Emerging DJ Mike Williams partners with Sony to launch its new High Power Audio XB7 speaker. To showcase powerful EXTRA BASS and club effect lighting of the speaker, Mike brought the party to a selection of his fans in Amsterdam to film video content to be used as part of Sony’s European social media advertising campaign which goes live on 2nd June.

The video includes a bespoke remix of Mike’s track Sweet & Sour, created especially for Sony. Filmed at REM Eiland restaurant in Amsterdam, this unique venue towers 22 metres above the river IJ. This vivid red, oil rig–like structure was built in the 1960s as a pirate radio and TV broadcaster and now houses an extraordinary restaurant, with a 360-degree panorama over the industrial docklands and passing river traffic.

Play things your way: Multi Layout lets you position the XB7 vertically or on its side, enjoying sensational stereo sound in either orientation.

Stunning sound, from any source: One-touch listening lets you stream your favourite tracks and playlists via Bluetooth with a single touch of your NFC smartphone or tablet. And if you want to get even more hands on, add cool DJ-style sound effects and customize the lighting with Sony’s SongPal app. There’s also an audio input for connecting MP3 players or just about any other sound source.

Mike Williams said, “I created Sweet & Sour by starting with the bass drop and the XB7 helps the music sound and feel even more powerful - it’s the perfect tool to help bring club sounds into your home, dance music lovers will appreciate the intensity of the extra bass”. 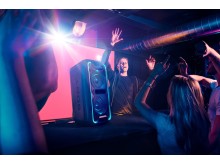 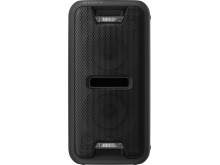 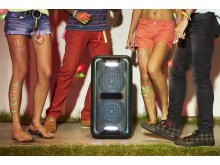 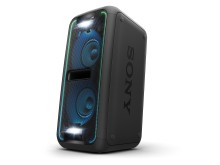