UNICEF and Sony Corporation encourage children to express themselves through photography. An exhibition entitled ‘Look at me!Refugee children in the Netherlands’ is on display until 27 June 2016 in the Atrium City Hall in The Hague.

At the exhibition, 22 display panels offer these asylum-seeking children in Netherlands a chance to express their emotions through the lens while another 15 panels offer children from past 10 years of EYE SEE the chance to pave the way to self-discovery and social participation. Their photos can also be viewed at:

The children who grow up in Dutch asylum-seeker centres are often forgotten. They live in locations far from towns and they are literally invisible there. Many asylum-seeking children do not know they have the same children’s rights as their Dutch peers. Photography provides that opportunity. It gives children a tool to communicate their situation themselves in picture, to make their voices heard and to exercise their right to participate. The photos taken by the children and their stories may also contribute to inform and inspire audiences, increase support and improve the children's situation.

Guided by its CSR philosophy “For the Next Generation”, Sony has supported EYE SEE photography workshops since the first in 2006 in Pakistan. Over the last 10 years, 461 children from 16 countries have participated in 19 workshops. Running for 10 years as a joint partnership between Sony and UNICEF, these children have shared their moments and thoughts with the world through photographs.

“Sony shares the same belief as UNICEF in the significance of child rights, and believes in the power of imaging to provide the creative expression and inspiration for them to do so,” said Barend Ezechiels of Sony Europe Benelux. “EYE SEE not only gives them a voice, but more importantly a platform for them to share their stories of tenacity and hope with the rest of the world.”

“The right to participate is one of the most important pillars of the Convention on the Rights of the Child (CRC). UNICEF aims to bring this right into practice every single day. Talk with children, not only about them. Let children themselves tell us what they find important in their lives. The EYE SEE project is a clear example of that effort, especially for a group of vulnerable children such as children on the move,” said Karin Kloosterboer, Children’s Rights expert of UNICEF Netherlands.

The question of whether they can stay in the Netherlands, or must leave the country, is decided in an asylum process. Until that process has run its course, the family is placed in one of the around 60 asylum-seeker centres in the Netherlands. For some families, the process can take years. For all of that time, these families must live in such a centre, and children can find themselves spending a significant portion of their youth there.

The situation in which these children are growing up does not meet the standards set by the Convention on the Rights of the Child, and that observation applies not only to the situation in general but to every individual area faced by these children: family and upbringing, living environment, recreation, playing & free time, education, health, safety, procedure, financing and participation. This was the conclusion reached in a study of these children’s situation that UNICEF Netherlands presented in 2009 in its report. 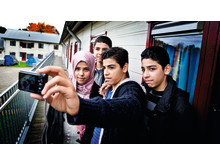 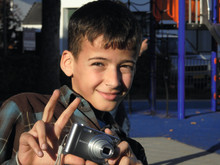 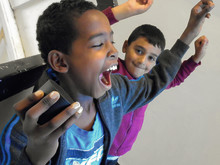 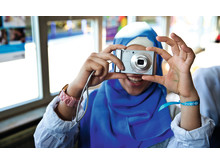 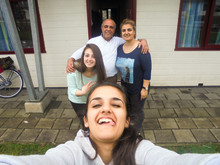 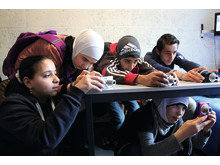