In late September 2011, the license program for the Full HD 3D Glasses Initiative is targeted to commence. With this, manufacturers of 3D displays, 3D synchronization emitters, 3D active shutter glasses or Bluetooth chip devices for such products can receive a license to begin developing and manufacturing products employing the Full HD 3D Glasses Initiative technology. 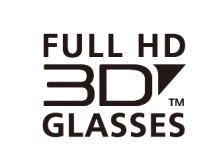