FutureScapes, a new collaboration project aims to tap into the imaginations of people across Europe to stimulate fresh thinking about what our lives might be like in 2025. The innovative initiative poses questions around the role technology and entertainment can play in enabling better and more sustainable lifestyles. The project has been created by leading consumer technology company Sony, in conjunction with leading sustainability non-profit Forum for the Future.

With creative collaboration at its core, FutureScapes invites people to immerse themselves in the issues and challenges surrounding how we can live more sustainably in the future. Throughout the project, people will be encouraged to share their thoughts and ideas using a variety of formats, including comment, visuals and participation at events. At its core will be a forum for collaboration, bringing together input from members of the public from across Europe as well as an eclectic mix of scientists, artists, philosophers, technologists, writers, policy makers, community workers and environmentalists.

The first stage of the programme, “Explore”, is the introduction of four FutureScapes scenarios which allow people to immerse themselves in the possibilities of life in 2025. The scenarios are aimed at helping people visualise and think about the opportunities and challenges the world will face in 14 years’ time, and how technology can be used to create a better and more enjoyable world.

The scenarios – Shared Ownership, Centralised Survival, Hyper Innovation and Prosperity Redefined - can be found on the FutureScapes’ website. (Search Sony FutureScapes). They have been created in an open and collaborative process involving people from across Sony and Forum for the Future as well as internationally leading futurologists, social commentators and experts from the fields of design, technology and sustainability.

The scenarios paint the possibilities of people sharing technology to reduce pressure on consumption while at the same time expanding connections and creating exciting new freedoms. For example a world where biosensors in your clothes provide real time data on your health; people live in highly connected, visual and flexible spaces; use “GridGyms” to generate electricity for themselves; and can work anywhere in the world through their personal avatar.

To mark the climax of the first stage of FutureScapes an innovation brainstorm will be held in London on 23 November with 60 of Europe’s leading thinkers on sustainability and technology issues to consider the scenarios and to generate a storm of ideas and inputs to shape the next phase of the programme. They will create a series of responses to the four scenarios based on writing, painting, filming and sculpting.

The next phase of the FutureScapes project, “Create”, will investigate ideas for new technology in response to the scenarios. It will include innovative workshops held around Europe, a crowd sourcing ideas generation initiative, and a social media engagement campaign generating public participation in the concept development.

FutureScapes’ final stage, “Curate and Share”, will include a shortlist of concepts created by the project being brought to life on the page using Sony’s creative and innovation expertise, as well as a study summarising key learnings from a range of FutureScapes’ audiences about how to make progress through imagination on sustainability issues.

“FutureScapes 2025 is not about making predictions or sharing Sony’s vision of the future. It’s about engaging a wide variety of people in thinking about the various opportunities and challenges the world will have in 14 years’ time and how we can use technology for positive outcomes to create better and more sustainable lifestyles.” Said Esther Maughan Mclachlan, General Manager, Sustainability, Sony Europe.

“If we are going to rise to the challenges of a sustainable future, we’ll need to unleash a powerful wave of creativity. FutureScapes is a collaborative project, designed to help people imagine ways in which technology can help make a better world.” Said Peter Madden, CEO, Forum for the Future.

Sony has previously pioneered the use of open innovation and engaging mass audiences to think about sustainability issues with earlier projects including the award winning Open Planet Ideas initiative which saw the development of the +U volunteering application. 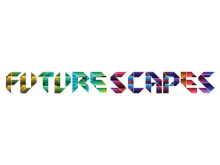