Known worldwide for her documentary photography and striking portraiture, Mary Ellen will collect her award at the Sony World Photography Awards gala ceremony in London on Wednesday 30 April 2014.

Mary Ellen Mark is recognised as one of the world’s most influential photographers and her work has become the benchmark for excellence in the field of documentary photography.

Beginning as a freelance photographer often working on film sets, Mark’s career has spanned four decades and seen her travel extensively. Her work is characterised by a constant vision to make pictures that reflect a high degree of humanism and to capture and acknowledge people on the edges of society.

Primarily working in black and white, Mark often becomes deeply involved in her stories and stays in contact with her subjects, returning over and over again after her initial photo essay is complete.

Talking about the award Mary Ellen comments: “I feel very grateful to have received the Sony World Photography Awards’ Outstanding Contribution to Photography accolade. I follow a list of very prestigious people – they are among my favourite photographers.”

Mark has published 18 books and her nineteenth, Man and Beast: Photographs from Mexico and India (University of Texas Press) will be released this spring.

Astrid Merget, Creative Director of the World Photography Organisation, comments: “Mary Ellen equates nothing short of excellence and we are honoured to present this award to her. Having spoken to dozens of her peers and critics, it is clear that Mary Ellen has made a permanent mark on our industry. She is fiercely committed and consistent in her work and is bound to show us a great deal more in the coming years.”

Alongside Mark’s work in the exhibition, the winning and shortlisted photographers of the 2014 Sony World Photography Awards will also be on display, as well as two exclusive new bodies of work, commissioned by Sony for their new Global Imaging Ambassadors programme. This work includes the UK debut of celebrated American-French photographer William Klein’s newest body of work “Brooklyn” – a landmark departure for Klein who for the first time has produced work entirely on digital cameras. It also features a group show from the international photo agency, Panos Pictures, showcasing on-going projects by five Panos photographers located around the globe.

Tickets for the exhibition can be booked at www.worldphoto.org/2014exhibition

A further selection of Mary Ellen Marks’s images can be seen in the 2014 edition of the Sony World Photography Awards book. The book costs £29.95 and can be purchased from www.worldphoto.org or from the exhibition.

Mary Ellen Mark images are available to download at press.worldphoto.org

If you require press membership please register at press.worldphoto.org/register 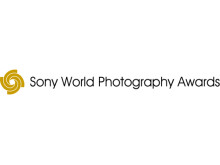