• Watch foreign, classic and independent films from around the world
• Become part of a global community of film fans
• Enjoy a 30-day free trial exclusively with Sony

Discover a world of cinema beyond your imagination
From Fellini to Fincher, Kurosawa to Kubrick, find films from the world’s most celebrated directors and watch the latest critically acclaimed movies from festivals around the world. From this autumn, MUBI – the global video-on-demand platform for foreign and independent films – will be available through the Sony Entertainment Network on Bravia TV, Blu-ray Disc Player, Blu-ray Home Theatre Devices and Network Media Player.

Movies from every country, straight to your living room
Imagine the best of the world’s independent and cult cinema streamed right into your home. You can access MUBI through your Internet enabled Television, Sony Blu-ray Disc™Player, Network Media Player or Blu-ray Disc™Home Cinema system. Starting in the UK on 13 September 2011*, MUBI will launch in different countries across Europe throughout the autumn.

Join a worldwide community of movie lovers
With MUBI, when the movie’s over, you’ll find yourself among friends. MUBI has an online community of more than 2 million registered users. Head online to discuss what you’ve just watched, find out about classics you’ve missed, or recommend titles to friends. Steve Lavender, General Manager, Sony Europe says: “We’re excited to be working with MUBI and to add their thousands of great titles to the breadth of content already available online through Sony products.” Efe Cakarel from MUBI says: “These are exciting times for MUBI. I want to watch every great film on my Sony BRAVIA instantly and we are about to start making this a reality.”

* UPDATE Please be informed that the MUBI service launch schedule has been changed and will now be starting in the UK on 20th September. 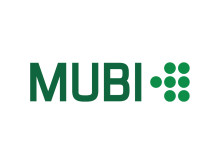