Today, Sony reveals the newest additions to its Blu-ray player line up, the BDP-S560 and BDP-S760, and its latest AV Receiver, the STR-DN1000. All three products are designed to provide you with the latest in powerful technology, such as 7.1 surround sound and pristine 1080p picture quality, without compromising on style.

Unlock the options of wireless entertainment
Both the BDP-S560 and BDP-S760 are fully Wi-Fi®-enabled using Wireless-N, the fastest and most reliable wireless system. They are also Wi-Fi Protected Setup (WPS) enabled, which means that by pressing a single button on the WPS enabled router a secure connection from your player to the wireless network is established. Similarly, the STR-DN1000 allows you to enjoy a surround sound experience without wires, using S-AIR (Sony Audio Interactive Radio Frequency) Digital Wireless Ready technology.

The wireless capability of the BDP-S560 and BDP-S760 also means it’s even easier for you to run firmware updates for your player via the Internet and to experience the exciting possibilities offered by BD-Live™. More and more titles are utilising BD-Live™, allowing you to enjoy bonus content such as additional scenes, trailers and movie-based games.*
Both Blu-ray players are DLNA™ certified, allowing the transfer of JPG files from other DLNA™ enabled devices, such as your VAIO PC, even if they’re not in the same room.

“The BDP-S560 and BDP-S760 both have Wi-Fi and DLNA capability built-in to make connecting your Blu-ray player to your home network easier than ever before”, says Julien Dalle, Senior Business Manager, Home Video Marketing of Sony Europe. “These two new Blu-ray players and matching AV Receiver provide the ultimate in picture and sound quality.”

Ready, set, go!
Both Blu-ray players are extremely easy to use and set-up, with the Quick Start feature that allows you to get your Blu-ray Disc™ player started after just six seconds, a time unrivalled by other products available today. The players are user-friendly thanks to the Xross Media BarTM menu, and the BDP-S760 additionally features a backlit remote control, for ease of use in the dark. There is also an easy-to-access USB port on the front panel, so you can easily view your digital photos through your Blu-ray player and HDTV.

You don’t need to throw out your existing DVD movie libraries; instead, you can give them a new lease of life with the Precision Cinema HD Upscale technology from Sony. This converts standard definition signals to 1080p, providing a near high definition picture via High Definition Multimedia Interface (HDMI).

Feature packed yet sleek BDP-S760 is top of the line
The BDP-S760 incoporates the most cutting edge technology Sony has ever included in its Blu-ray players. Incorporating aspects of our ES (Elevated Standard) advancements, the BDP-S760 comes equipped with an HD Reality Enhancer, which smoothes the image tone, and reduces picture noise to create a highly realistic display. This is complemented by Super Bit Mapping for video, which ensures incredibly natural colour reproduction. All of this adds up to a stunningly smooth and pristine Full HD picture.

The BDP-S760 also showcases the unique Multi-channel Headphone Surround technology from Sony which gives you a total surround sound experience, even when you’re watching a movie on your standard headphones.

New AV Receiver to complete your home theatre system
As well as being wireless ready, the STR-DN1000 comes armed with four HDMI inputs, so you can connect a range of 1080p supported products, and enjoy the rich, immersive picture experience provided by x.v.Colour and Deep Colour technology. It also has its own 1080i video scaling technology built-in, which corrects image judder, reduces background noise and produces more realistic colours from any non-HD video source. Enhancing the easy to use nature of the STR-DN1000 is its newly developed Graphic User Interface, allowing you to configure the ultimate hi-tech home theatre set up on screen more simply than ever before.

Like the BDP-S560 and BDP-S760, the STR-DN1000 supports the latest in high-resolution surround sound, with the new audio decoding format for Dolby TrueHD and DTS-HD Master Audio providing next generation audio quality that is identical to the highest-resolution studio recordings.
The STR-DN1000 comes with our intelligent DCAC (Digital Cinema Auto Calibration) technology, which makes setting up your speakers easy, by measuring a variety of key factors such as speaker distance, volume and frequency to provide the optimum surround sound for music and movies. When coupled with DCS (Digital Cinema Sound), which enhances the surround sound experience with its Cinema Studio Modes, it produces high-quality surround sound that allows you to experience movies in the way they were originally intended. It’s fitted with a Digital Media port that enables you to play music stored on MP3 players, computers or mobile phones.
With wireless enabled Blu-ray and home audio products increasingly forming the backbone of home networks, these perfectly matched Sony products have been designed to produce an exceptional wireless entertainment experience. 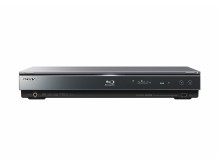 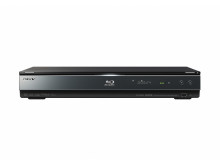 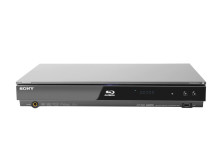 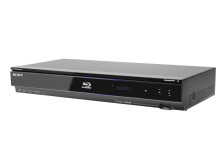 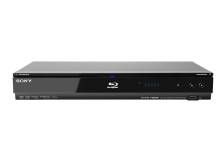 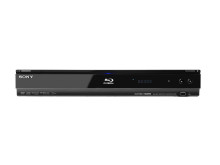 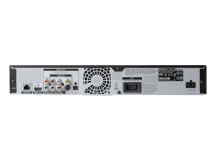