●All shortlisted images available at worldphoto.org/press

●Overall winners will be revealed on April 19 2018 (23.00 GMT) and a specially curated exhibition will take place April 20 – May 6 at Somerset House, London.

FEBRUARY 28, 2018: The shortlisted and commended photographers for the 2018 Sony World Photography Awards, the world’s most diverse photography competition, are announced today.

Photographers from over 200 countries and territories entered nearly 320,000 images across the Awards’ competitions, the highest ever number of entries to date and a 140% increase on 2017. The judges were particularly impressed with the high quality of entries, and the shortlist's ability to offer insight into the foremost trends and contemporary concerns of photographers working today.

The international range of entries display a huge diversity of imagery in terms of genre, style and subject matter across the Awards’ 4 competitions: Professional, Open, Youth and Student Focus. The Professional competition includes 10 categories such as Architecture, Contemporary Issues, Landscape, Natural World & Wildlife, Portraiture and two new categories for this year; Creative and Discovery, while the Open competition offers 10 categories including Culture, Enhanced, Motion, Street Photography and Travel.

This year, the Professional competition, which is judged on a series of works, saw an impressive number of entries across its 10 categories. Judges found submissions to be exceptionally strong, particularly across the competition's two new categories - Creative and Discovery. The shortlisted series of works include stylish images of humanity’s obsession with wealth to raw images of the Rohingya refugee crisis, through to quirky portraits of dogs and their owners. The photographers will now compete to win their categories, and Photographer of the Year title.

The Open competition, which is judged on a single image, also saw a wide variety of subject matter submitted to its 10 categories, with Street Photography and Landscape and Nature receiving the highest volume of entries. Shortlisted works include beautiful imagery of frozen lakes, sunlit deserts and hidden forests; stunning portraits of faces from around the world, and unique insights in cultures and traditions that might otherwise be unseen. A breadth of Open competition images were awarded ‘Commended’ as some of the top 50 works within their categories, ranging from images of industrial power stations and formations of swans, to an evocative image of para-athletes competing in the rain.

The Awards’ Youth competition saw a diverse range of entries from 12-19 year old photographers who submitted one image on the theme of ‘my environment’, with nearly 8000 more entries submitted compared to the previous year.

Finally, the Student Focus competition saw applications from universities worldwide. Ten shortlisted students from the UK, India, France, New Zealand, South Africa, Argentina, Canada and China will now go on to produce a further body of work, with the chance of winning €30,000 (Euros) of Sony digital imaging equipment for their university.

The winners of the Awards will be announced at the Awards ceremony in London on April 19.The Photographer of the Year, Open Photographer of the Year, the Professional and Youth competitions’ category winners and the ten shortlisted Student Focus entrants will all be flown to London to attend. Category winners will also receive the latest Sony digital imaging equipment and will be included in the 2018 Awards' book.

"We were impressed by the depth and diversity of the work that we reviewed, and inspired by the many ways in which photographers around the world are engaging with the issues that face us all."

Naomi Cass (Judge and Director, Centre for Contemporary Photography, Melbourne, Australia) remarked: “The range of work considered was breathtaking, and diversity amongst the judges ensured robust discussions, leading to outstanding winners. I was impressed by the diversity of approaches within each category and the breadth of photographers from across the globe.”

Clare Grafik (Judge and Head of Exhibitions, The Photographers' Gallery, London, UK) commented: "From new approaches to portraiture to creative responses to the landscape in which we live, the images illustrated what a broad and innovative field photography has become. As our way of experiencing photographic images becomes all the more multifarious, the Awards offer us the opportunity to focus on new talents and important projects that may otherwise have passed us by.”

Commenting on this year’s awards, Scott Gray (CEO, World Photography Organisation) notes: “The quality of this year’s submissions has been very impressive, with outstanding works of art entered across the competitions. The Sony World Photography Awards has celebrated photographers and photography throughout its 11-year history, and we continue to work to ensure photography is recognised as a dynamic, exciting, and accessible medium.”

All shortlisted and winning images will be exhibited as part of the 2018 Sony World Photography Awards Exhibition at Somerset House, London. This exhibition will include a dedicated section featuring specially selected works by the 2018 recipient of theOutstanding Contribution to Photography prize (to be announced March 13). The exhibition will run from April 20 until May 6. Tickets are available at www.worldphoto.org/2018exhibition

Further press information and all shortlisted and commended images are available to download for publication at www.worldphoto.org/press
The 2018 Awards received 319, 561 entries from 201 countries and territories across its 4 competitions, which is 140% higher than the 2017 Awards (227,596 entries).

The Professional competition of the Sony World Photography Awards is judged by an independent panel of industry experts selected by the World Photography Organisation. The headline sponsor of the awards, Sony, is not involved in the image selection of judging of this competition.

Rewarding the best body of work across 10 categories. Up to 10 photographers shortlisted in each category. Category winners will be announced April 19, alongside the Photographer of the Year chosen from the ten category winners.

OPEN CATEGORIES
Rewarding the best single images across 10 categories. Up to 10 photographers shortlisted in each category. Category winners will be announced March 20, and Open Photographer of the Year revealed April 19.

For the full list of commended photographers in the Open competition (up to 40 per category) please go to www.worldphoto.org/winners-galleries

Photographers aged 12-19 were asked to respond to a theme of ‘my environment’ with a single image. The Youth Photographer of the Year will be announced April 19.

Open to all students worldwide studying photography. The Student Photographer of the Year will be announced April 19. 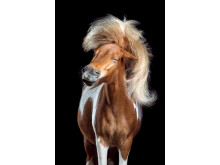 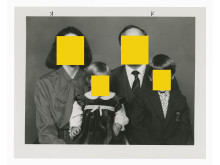 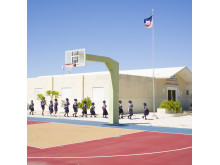 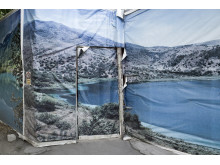