For tour details go to http://birdhouseskateboards.com

Sony Action Cam is proud to announce that it will be partnering with Tony Hawk and his Birdhouse Skateboard team for their ‘European Vacation 2015’ tour, kicking off in the UK on July 11th.

The team will be using the latest Action Cams from Sony to capture high quality 1st person POV footage including 4K video from the new X1000VR and super smooth footage from the AS200VR and AZ1VR. They will be visiting some of the top skateparks in Europe and will be sharing their videos through both the Birdhouse and Sony social media channels.

“I’m thrilled that Sony Action Cam is on board to support this year’s Birdhouse Tour in Europe,” said Tony Hawk. “I’ve been impressed with the content I’ve seen from their cameras so far, and can’t wait to put them to the ultimate test on the road with the team.”

Birdhouse Skateboards was founded in 1992. Tony Hawk became sole owner of the company in 2009 and refocused Birdhouse’s image and branding to reflect its incredible team of riders. Birdhouse has been prominently featured in the Tony Hawk video game franchise since 1999 and has become an international iconic brand. The company distributes and licenses skateboards and skateboard accessories worldwide, with products designed to cover all ability levels. For more about Birdhouse Skateboards, go to www.birdhouseskateboards.com. 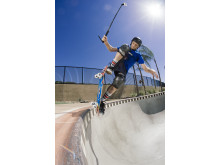 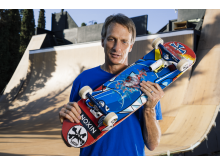 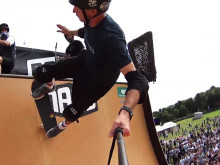 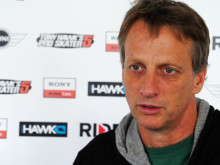 Watch Tony Hawk in an exclusive interview on his experience and the benefits of skating with the Sony Action Cam. 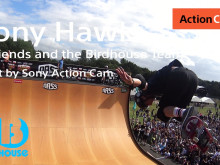 Watch Tony Hawk, friends and his Birdhouse team skating on a vertical ramp at the NASS festival in the UK shot in Full HD (VAVC-S) with t...