​The World Photography Organisation is delighted to announce printer and publisher Gerhard Steidl as the recipient of the Outstanding Contribution to Photography 2020 at the Sony World Photography Awards. This is the first time in the Awards’ history that the Outstanding Contribution to Photography will be presented to someone other than a photographer. Steidl will be honoured at the Awards’ ceremony in London on 16 April for his work with photographers and the significant impact of his photobooks.

Established in 1968, Steidl’s publishing house launched its own photobook programme in 1996 and within a few years grew it to what is today; the largest list for contemporary photography worldwide. His remarkable catalogue of photobooks features renowned practitioners including Joel Sternfeld, Nan Goldin, Bruce Davidson, Robert Frank, Berenice Abbott, Robert Adams, Henri Cartier-Bresson, Karl Lagerfeld and Juergen Teller, to name a few. His publications encompass the entire history of photography, from early masters to today’s leading photographers, and represent the diverse spectrum of photographic expression – from art and fashion to documentary and street photography.

ONE LOVE, ONE BOOK: STEIDL BOOK CULTURE. THE PHOTOBOOK AS MULTIPLE

To celebrate his achievements, a presentation of Steidl’s bookmaking process and approximately 80 of his most acclaimed publications will go on display as part of the Sony World Photography Awards 2020 exhibition at London’s iconic Somerset House. Titled One Love, One Book: Steidl Book Culture. The Photobook as Multiple, will frame the photobook in the tradition of artists’ multiples, in which a series of identical objects made or commissioned by an artist is priced affordably for the wider public to access. A special event in collaboration with David Campany will take place during the exhibition; Ask Steidl Any Dumb Question About Making a Book will invite visitors to take apart in a Q&A session with the publisher.

Further developing the idea of the democratic art object, Gerhard Steidl has conceived the exhibition as a means to communicate his vision and expertise for others to follow. The exhibition space will be set up as a visual workshop divided into four sections: Artist, Concept, Design and Print. Each object on display will be accompanied by a detailed commentary and will offer visitors insights into Steidl’s book culture and step-by-step guidance to his bookmaking craft; starting with initial correspondence with the artist and editorial deliberations, to examples of various technical elements such as fonts, paper and binding materials.

Highlights will include The Japanese Box (2001): published under the Steidl imprint Edition 7L, a collaboration between Karl Lagerfeld and Gerhard Steidl, this black-lacquered collector’s box contains facsimile re-prints of six rare photo publications from Japan’s influential Provoke era. Another Edition 7L publication on display will be Andy Warhol’s Interview: The Crystal Ball of Pop Culture (2004), a seven-volume facsimile of the best from the first decade of Warhol’s famous Interview magazine, all packed in a custom-made wooden trolley.

In addition to noted publications, Steidl will showcase photographs from a selection of artists with whom he has cultivated long-standing relationships. These include brand-new images from Nobel-Prize winning novelist Orhan Pamuk’s upcoming photography title Orange (2020). The book comprises photographs of Istanbul’s seemingly neglected backstreets and alleyways all washed in the warm orange haze of old streetlights that are quickly disappearing from the city in favour of modern white lights. Also shown will be images from Dayanita Singh’s Museum Bhavan (2017), a travelling exhibition in which prints are placed in folding expanding wooden structures and can be interchanged at the artist’s will. A miniature version of the exhibition was produced by Steidl in book form, consisting of nine individual ‘museums’ for viewers to install and curate as they wish in their own homes.

Alongside Singh and Pamuk will be images from Spanish filmmaker Carlos Saura’s book Vanished Spain (2016), featuring photographs taken during Saura’s journey through Andalusia and central Spain in the 1950s. This compelling collection of landscapes, bullfights and daily life sought to challenge the propaganda imagery of the Franco regime to show the real Spain. Also due to go on display are original silver gelatin prints from Ed Ruscha’s On the Road (2009), in which Jack Kerouac’s classic novel is accompanied by black-and-white photographic illustrations that Ruscha has either taken himself, commissioned from other photographers, or selected from found images to refer closely to the details and impressions that the author describes.

Talking about his award, Gerhard Steidl comments: “I’m honoured to be the Outstanding Contribution to Photography 2020 recipient. As a printer and publisher, one of the things I love most about photobooks is that they’re a democratic medium; they bring photography to a wider audience. In this spirit I’m particularly excited about creating the exhibition One Love, One Book: Steidl Book Culture. The Photobook as Multiple at Somerset House. It’s a chance to show some of our most ambitious books, share some bookmaking secrets, and hopefully to inspire the next generation of bookmakers.” 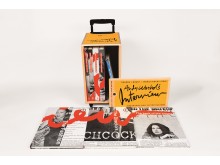 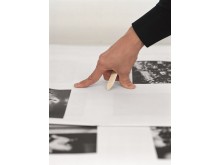 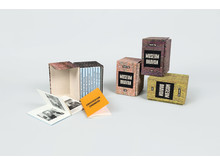 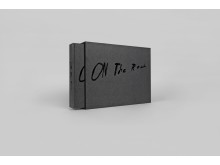 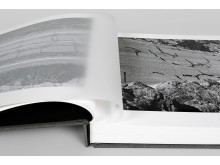 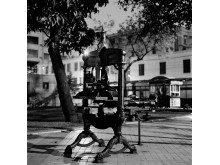 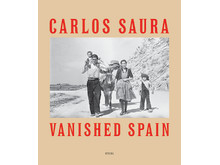 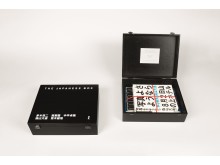 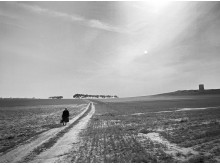 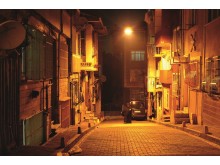 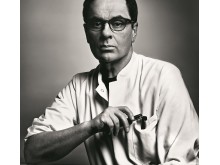