Shot in the snowy Canadian mountains, the stunning new TV ad from Sony is set to take viewers’ breath away

•  Showcasing the incredible picture quality of Sony 4K Ultra HD TVs, the new film allows the public to understand the wonder of 4K in true-to-life detail and colour

•  The beautiful, natural effect is complimented with a mesmerising soundtrack by Sony Music artist Josef Salvat’s version of Rihanna’s ‘Diamonds’

On 1st November, Sony will launch its latest TV advertising campaign featuring the message ‘our most beautiful picture ever’ – to promote its range of award winning BRAVIA™ 4K Ultra HD TVs from the affordable X85 to the breath-taking X9 to the curved S90.

The ad, made by directors Leila and Damien de Blinkk with creative agency adam&eveDDB, sets out to capture the natural phenomenon and hypnotic beauty of blown bubbles freezing as they hit icy temperatures. The film is set in the snowy forests near Whistler, Canada, and records the bubbles in 4K showing four times the detail of HD, so viewers can see the crystal-like structures of ice form in beautiful patterns across the surface of the bubbles before they shatter in stunning clarity.

Like snowflakes, no two bubbles – or the structures of ice they form as they freeze – are the same, so each is totally different to the one before. Even more remarkably, no special effects were added to the forming of the ice crystals, as the striking film was shot in real-life.

Director, Leila de Blinkk commented, “We were blown away by the beauty of the intricate patterns that the freezing of the bubbles’ surface was creating at very low temperature. The feather, flower and star ice shapes were so delicate and mesmerising when they reflected light.

“To bring out all these details in 4K was to almost discover a new world, that we didn’t suspect existed.”

“This time we wanted to create something beautiful that truly reflects the experience of watching a Sony 4K Ultra HD TV – being able to put these fleeting moments of natural beauty on film felt like a fitting successor to all we’ve done before.

“I hope that, when people watch the new ad on our Sony 4K TVs they will be able to see for themselves the level of detail and contrast boosted by 4K X-Reality PRO™ combined with the fantastic vividness in colour thanks to our exclusive TRILUMINOS Display™ technology. I also think that the soundtrack that has been made for us captures the emotion of the film itself through music – showing that Sony 4K is not just about incredible picture quality, but also sound quality.”

The ad officially launches on Saturday 1st November. The TV, cinema, OOH, press, digital and search campaign will run on air from 1st November until the end of December 2014.

The soundtrack to the Sony Ultra HD 4K TV advert comes from Josef Salvat’s unique performance of Rihanna’s song ‘Diamonds’. The Sony Music recording artist, whose debut EP ‘In Your Prime’ was released on Colombia Records on 22nd September to critical acclaim, relished the opportunity to cover the song.

Speaking about the soundtrack, Josef Salvat says “The track Diamonds is a really beautiful song. It is a favourite of mine, and having the opportunity to put my own spin on it was fantastic. I really loved singing it, I loved playing it.” The delicacy of his beautiful version of the song perfectly mirrors the stunning crystallisation of the bubbles themselves.

Experience the ad in all its splendour by watching it on a Sony 4K Ultra HD TV. Feel the snow underfoot, sense the movement of the cold air and hear the playful emotion through the superior sound quality existing on the 2014 4K Ultra HD Line-up. Witness the amazing detail of 4K by visiting your local Sony centre or nearest retailer.

The entire range of Sony 4K Ultra HD TVs, including the X85 series, the X9 series, the recently announced S90 series and the X95. 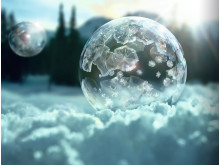 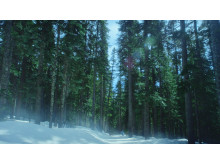 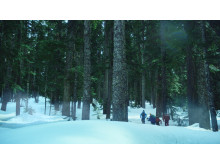 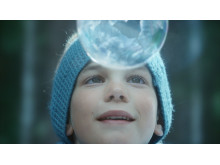 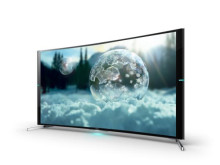 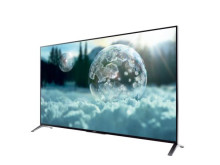 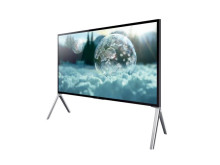 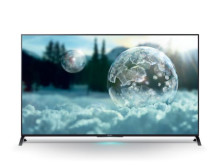 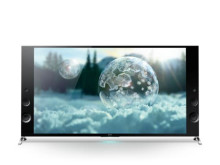