Exactly 60 years ago, Sony opened its first European office in Switzerland. With this step began the success story of the technology and entertainment company from Japan in Europe, which is still a pioneer for industry-leading innovations.

Zurich, December 16, 2020. Around fifteen years after Sony was founded in Tokyo, the first European branch was established on December 16, 1960 in Zug, Switzerland, under the direction of M. Komatsu. Today Sony is celebrating 60 years of success in Europe.

“Sony was one of the first technology companies from Japan to set up shop in Europe and has grown into a global brand that has been successful in Europe for 60 years. This is thanks to the dedicated work of our employees and the great support of our customers and partners ”, says Hideyuki Furumi, President of Sony Europe BV“ We want to expand our future in Europe by continuing to develop innovations that offer emotional experiences and people connect with each other, always with the highest quality standards. " This groundbreaking step was followed by the establishment of nine further branches across Europe, dedicated to electronics and product solutions, as well as several subsidiaries.

Adrian Price-Hunt, Country Head of Sony Switzerland and Austria, adds: “We are proud that Sony's expansion into the European market began in Switzerland - as the first location in Europe. Sony has continuously invested in the Swiss market over the past 60 years. We will continue to do this in the future with the establishment of Sony AI in April and the support of regional Swiss start-ups such as Insightness [1] . We will continue the pioneering spirit with a multitude of exciting products and globally unique innovations. "

Innovative products from the very beginning

The success story of Sony is continued through the numerous developments of its products, which have been recognized as novelties and innovations over the decades. “Our headphones, televisions and cameras accompany countless people in their everyday lives. State-of-the-art technology, attractive design and consistently high quality are features that distinguish Sony and form the basis for our future goals, ”said Price-Hunt.

Enjoyment of music at the highest level

Looking back at the beginnings, Sony's first bestseller was the world's first ICR-200 - a small radio the size of a matchbox that promised up to 24 hours of music entertainment with just batteries. Another revolution followed, which gained cult status with a whole generation, the WALKMAN® TPS-L2. The introduction of the portable cassette player in 1979 marked the turning point for music lovers around the world, as it was now possible to enjoy music in a compact format anytime, anywhere. With the introduction of the first WALKMAN® Sony hit the zeitgeist and the different models have been sold millions of times across Europe to this day. Last year, the WALKMAN® celebrated its 40th birthday with a limited edition with the latest modelsNW-ZX507 and NW-A105 in a stylish and modern design.

From the start, one of Sony goals has been to provide music lovers with an immersive experience. As early as 1968, the company launched its first stereo headphones DR-4A with noise isolation. Followed by the first MDR-G61 neckband headphones in 1997, which not only looked stylish and were more comfortable than in-ear headphones, but also enabled a new listening experience outdoors.

Continuing its pursuit of the best audio quality, Sony introduced the MDR-NC500D in 2008 , the world's first digital noise -canceling headphones that could reduce ambient noise by up to 99%. With the introduction of the wireless model WF-1000XM3 and the fourth generation of its most successful over-ear noise-canceling headphones , the WH-1000XM4 , followed this year , Sony is expanding its industry-leading family of noise-canceling headphones. With 360 Reality Audio, Sony is also offering a new and unique, immersive music experience that allows you to enjoy music as if you were sitting in the front row at a concert by your favorite musician.

Always one step ahead when it comes to television technology

In the 1960s, television had its big breakthrough in Europe. Always on the cutting edge , Sony quickly discovered the Transitor and brought it with the TV8-301 the world's first portable transit television with a direct view of the market. Another revolutionary step was the introduction of color television, where Sony set an important milestone with the launch of the Trinitron television in 1968. In the same year, engineers succeeded in developing a Trinitron model with a 100-inch screen diagonal and flat screen technology. It is the world's largest television receiver with the first LED display - a visionary innovation that was 52 years ahead of its time. Another breakthrough came in 2012 with the unveiling of one of the first 4K Ultra HD televisions. Under the BRAVIA ("Best Resolution Audio Visual Integrated Architecture") product brand introduced in 2005, Sony also maintains the highest standard for LCD and OLED televisions,XH95 and AG9 . The company continues to strive for future-oriented developments in its TV sets in order to enable the best possible television experience through outstanding picture and sound technologies and at the same time bring the visions of filmmakers unadulterated into the living room. The latest models include the compact 48-inch 4K HDR OLED television 48A9 and the second generation of 8K televisions in the ZH8 series.

Cameras not only document, they also make history - Sony's Mavica had a major influence on the development of magnetic video cameras in 1988, which were advertised as still cameras for the digital age. With the later model MVC-FD5, it was the first camera that could save image files in a computer-readable format on a standard computer medium. A fact that seems quite banal today, but represented immense progress in 1997: cables and converters were used to transfer the recorded image file. The device thus laid the foundation for today's digital cameras.

Today, the award-winning camera innovations from Sony, such as the interchangeable lens cameras of the Alpha series, are valued and praised by photo enthusiasts and professionals alike for their technological advances. Sony continues to support photographers and videographers with innovative new cameras and recently launched the ZV-1 introduced, a camera tailored to the needs of vloggers and content creators. With its range of E-mount cameras, Sony continues to be a pioneer in the mirrorless camera market and has just launched the Alpha 7S III achieved another milestone in camera technology, which takes videography to a new level.

Sony is not only a leader in product innovation, but also has world-class research and development expertise. As early as 1960, one of the founders of Sony, Masaru Ibuka, envisioned artificial intelligence as the future of electronics [2]. 60 years later, in April 2020, Sony AI was founded as an independent subsidiary of the Sony Group. It is the first and so far only European branch, which opened in May in Zurich in addition to the headquarters in Japan and the branch in the USA and represents a further milestone for the site in Switzerland. Sony AI has made it its business to unleash the human imagination and creativity with artificial intelligence. As part of Sony's goal of filling the world with emotion through the power of creativity and technology, Sony AI will drive developments in all areas of business, both existing and new.

Sony AI's European subsidiary is currently working on combining new sensor technologies developed by Sony Semiconductor Solutions Corporation with new machine learning methods and robotic actuators. “If we succeed in exploiting the full potential of these sensors by developing new learning and control algorithms as well as the computer hardware for the correct processing of the sensor data, I believe that the resulting systems will open up new applications in areas such as factory automation, autonomous driving or drones "explains Peter Dürr, Director of Sony AI Zurich. With the opportunity to be involved in such remarkable projects, Sony is able to attract the most talented professionals here in Europe.

[2] You can find the entire video here: https://www.youtube.com/watch?v=cezgrXaDe3Q

Sony Corporation is a creative entertainment company with a solid foundation of technology. From game and network services to music, pictures, electronics, image sensors and financial services - Sony's purpose is to fill the world with emotion through the power of creativity and technology. For more information, visit: http://www.sony.net/ 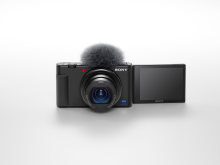 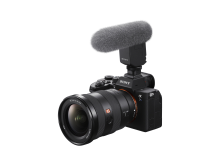 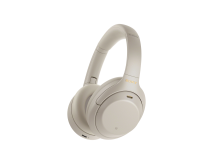 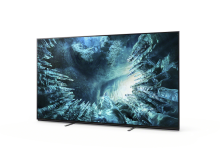 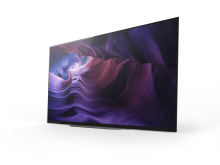 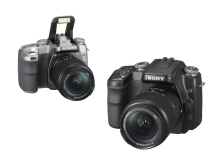 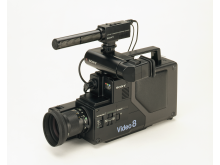 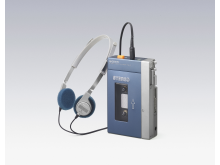 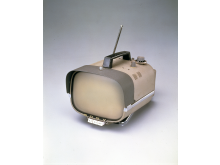 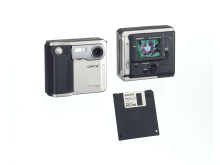 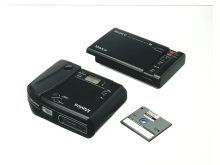 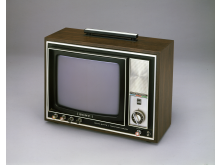