This “DVB-T2” specification demodulator LSI incorporates Sony’s proprietary reception algorithms and error correction circuits to achieve highly sensitive reception, even within weak electric fields, and stable reception within multipath environments, while also reducing power consumption.  It is also compatible with the current “DVB-T” standard, as well as the “DVB-C”*4 cable broadcast standard, providing flexibility for “DVB-T2” set designs, while contributing to miniaturization and a reduction in the number of components.

With adoption of the “DVB-T2” expected to expand to various countries across Europe and around the world, Sony will actively promote the use of this new LSI to manufacturers of large-screen TVs, set top boxes and other applicable products.

This LSI is to be used in UK models of Sony’s “BRAVIA” LCD TVs which are scheduled to be released in 2010. 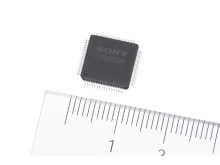 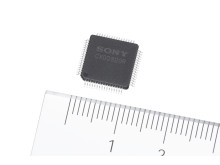