Sony has announced its first four Italian "Sony Global Imaging Ambassadors". The international programme, launched in 2014, sees Sony collaborate with some of the world's best and brightest contemporary photographic artists, diverse in both style and geographical location, under the banner of the quality and beauty of photography.

The new Italian Ambassadors, Alfredo D’Amato, Luigi Baldelli, Alessandro Grassani and Amedeo Novelli, are all professional photographers with years of experience working in both Italy and abroad, as well as collaborating with prestigious national and international magazines. Each has his own personal stylistic identity and vision of photography and the photographic medium.

Through this programme, Sony supports photographers at both national and international level by lending them its technical expertise and giving them the chance to try out ground-breaking products, while at the same time sharing their work on https://imagingambassadors.sony.net/ in order to create "storytelling through images", an extraordinary archive of stories from around the world that speak of the here and now.

"The role of the photographer has a strong cultural and social value, as, through their work, they must be the bearer of ethical values, capable of elevating photography to an art form and a communication and information tool. These are elements which Sony values, particularly in its position not just as a manufacturer, but also as a company committed to supporting the world of photography, as demonstrated by our partnership with the World Photography Organisation through the Sony World Photography Awards, the largest international photography competition, now in its ninth year", says Stéphane Labrousse, Country Head of Sony in Italy. "I am happy to announce today the addition of four Italian photographers to the Sony Global Imaging Ambassador programme because I think it is important that Italy is represented, especially in light of the great value accorded to Italian photographers internationally. Among other things, Alessandro Grassani was also a runner-up at the Sony World Photography Awards".

Alfredo D’Amato believes in the emotional power of any long-term project which stems from a personal interest, a deep inner thinking or a particularly touching event. This is evident in his photographs taken in the Cameroon forest. He was there to illustrate the life of refugees in central Africa, but was subsequently drawn to the massive exploitation of the forest for commercial purposes. He spent three months with the indigenous populations, who opened the doors of the forest to him, supporting him in his storytelling (in the photo). "In my view, photography is a visual language and a personal way to express emotions and portray people, environments and events", says D’Amato. "Therefore, a photographer is someone who re-presents reality in his own language".

Luigi Baldelli is a photojournalist known for his focus on and sensitivity to social issues. From refugee conditions to drought in Africa, from war in Afghanistan to Brazil's Landless Workers' Movement, from the tragedy of the Ebola epidemic in Sierra Leone (in the photo) to narcos in Mexico, Baldelli always puts mankind at the centre of his story. "Humanity, respect, truth", describes his work. "For me, photography does not give answers, but evokes emotions and questions". Link: http://luigibaldelli.photos/

Amedeo Novelli, founder and director of Witness Journal, lends his photographic expertise to a number of initiatives, from participating in social training projects to collaborating with some of the world's leading brands. "Everything about mankind interests me, from our emotions to our relationship with our surroundings", he says. "If I were forced to give a definition of my photography, I would most likely use the term social, although in a very wide sense of the term". One of his latest works is called "Metropolitan Solitude" (in the photo) and is marked by anonymous faces and urban architecture. Link: http://www.amedeonovelli.com/

Luigi Baldelli has been documenting the most important international events since 1989 (the end of totalitarian regimes in Eastern Europe, the revolution in Romania, Lebanon, The Gulf War, the war in former Yugoslavia, the crisis in Albania, the civil war in Afghanistan, the socio-political situation in the Middle East, wars and famine in Africa). In 1995 he started working with Ettore Mo, special correspondent for the Italian newspaper Corriere della Sera, carrying out over 150 photo essays in Afghanistan, India, the Middle and Far East, Eastern Europe, Africa, the former Soviet Union and Latin America. His photo essays have been published by major Italian and foreign newspapers and magazines (Time, Newsweek, Sette del Corriere della Sera, The Guardian, Panorama, Blanco e Negro, D di Repubblica, The Independent, Io donna, Der Spiegel, Epoca, Il Venerdì di Repubblica) and his photographs shown in solo and collective exhibitions, both in Italy and abroad.

Alfredo D’Amato, born in 1977,studied Art, Media and Design at the London College of Printing and later graduated from the University of Wales (Newport, UK). He has worked mainly on long-term projects in Western and Eastern Europe, Africa and South America, with a particular interest in Portuguese-speaking countries, focusing on the interrelationships between African origins and Western influences. His work has been published in numerous international newspapers and magazines and he has worked with a number of NGOs, including UNHCR and UNICEF. He has also won several prestigious awards, not least the Observer Hodge Award. In 2010 he published "Cocalari" (Postcart Editions), his first photographic monograph. He is currently working on a new project about lusophone countries in Africa and Brazil. His work is part of the permanent collection at the George Eastman House Museum in Rochester, New York.

Alessandro Grassani, born in 1977, has worked in over 30 countries covering significant events in contemporary history. His work has been awarded, exhibited and recognised internationally. He works with, among others, The New York Times and L’Espresso, and collaborates with NGOs and organisations such as Doctors of the World and the International Organization for Migration. He has won numerous awards including the Sony World Photography Awards 2012, Days Japan International Photojournalism Awards, Luis Valtueña International Humanitarian Photography Award and Luchetta International Award. His work has been exhibited worldwide at the United Nations, the Museum of Immigration at the Palais de la Porte Dorèe in Paris, the Royal Geographic Society in London and the International Center for Climate Governance in Venice.

Amedeo Novelli, born in Genoa in 1970, began his career as a journalist in 1993, first as a freelance journalist and then holding a variety of roles in newsrooms until becoming editor in chief. In 2007 he returned to his first love, photography, which he combines with his extensive journalistic experience in the online projects FotoUp and Witness Journal. His photographic work is divided between editorial services and corporate communication projects. Last year, on behalf of the Expo editorial office, he carried out the EXPO People project with over 160 interviews and portraits published in the official Expo magazine. Along with seven other photographers, he recently took part in the Express Your Art project curated by the editorial staff of EyesOpen magazine which will be on display at MuMac from 30 May.

Sony Corporation is a leading manufacturer of audio, video, imaging, game, communications and information technology products for the consumer and professional markets. With its music, pictures, computer entertainment and online businesses, Sony is uniquely positioned to be the leading electronics and entertainment company in the world. Sony recorded consolidated annual sales of approximately $68 billion for the fiscal year ending 31 March 2015.

The World Photography Organisation is a source of global photography initiatives, a platform on which individual photographers are given worldwide exposure and can forge links within the photographic industry. Our aim is to raise the level of conversation surrounding photography, while increasing awareness and appreciation of the art form and celebrating the talent of those who practise it. 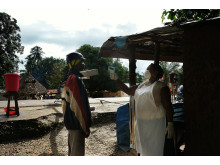 Ebola in Sierra Leone by ... 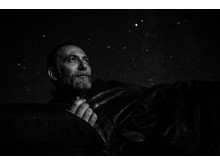 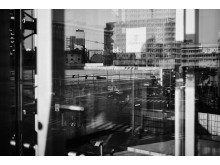 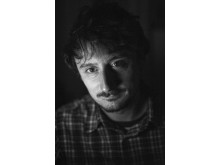 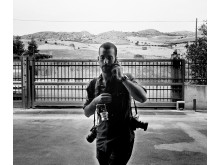 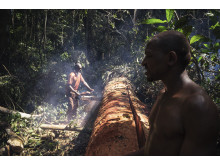 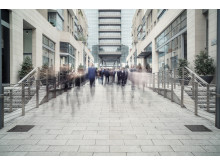