ES products from Sony have an enviable reputation for superb audio quality and meticulous design and construction, and the new high-end receivers, the STR-DA5600ES and STR-DA3600ES, build on that reputation with new technology for even better home cinema sound, plus state of the art features such as 3D pass-through, DLNA connectivity for networked audio and video and internet radio.

·         3D pass-through on HDMI, even when the receiver is on standby, and Audio Return Channel

As well as being the heart of a home cinema system, all the new Sony receivers are designed to form the cornerstone of a complete information/entertainment set-up.

The 120W per channel STR-DA5600ES is built with the fanatical devotion to audio quality and sound tuning, which is the hallmark of ES products. But, that’s only part of the story...

Six HDMI inputs are provided, one on the front panel for quick hook-ups, along with two outputs, and the STR-DA5600ES features 3D pass-through, even when the receiver is turned off and Audio Return Channel to carry sound back from the TV to the receiver. HDMI 3D pass-through and ARC are available on the receiver’s HDMI A output.

To make the most of its sound quality, the receiver also has the Sony-developed H.A.T.S. system, which tackles digital jitter, for smooth, detailed audio when used with the SCD-XA5400ES.

The latest Sony auto-calibration technology, DCAC-EX, is used, now providing Speaker Relocation to compensate for less-than-ideal room layouts and Automatic Phase Matching for even better speaker integration. HD-D.C.S. processing now supports the use of front height speakers for a more cinema-like experience, based on measurements taken in the Cary Grant Theatre at Sony Pictures Entertainment in Hollywood.

The STR-DA5600ES will not only operate as a DLNA client for music, video and photos streamed over a home network, but it also receives internet radio and can even stream analogue sources to other DLNA-compliant devices. And with a four-port Ethernet hub built-in, it makes connecting all content to a complete system simple.

1080P video upscaling is provided to make the most of standard-definition sources, and as befits a receiver built for the true AV enthusiast and audiophile, the STR-DA5600ES supports all the latest high-definition surround audio codecs along with Dolby Pro Logic IIz. It will even give 1080i upscaling to a second zone.

With four HDMI inputs and one output, complete with 3D pass-through, power-off pass-through and Audio Return Channel, the STR-DA3600ES delivers 100W per channel. It has full DLNA client capability, along with a built-in four-port Ethernet hub for easy connectivity.

Sony DCAC speaker calibration is provided, with Automatic Phase Matching and HD-D.C.S. processing for a more immersive home cinema experience. There’s 1080P video upscaling along with on-screen set-up and adjustment. The ability to provide video and audio to a second zone, plus audio to a third, completes the specification.

The sleek looks of the STR-DN2010 make it the perfect visual match for Sony’s current Blu-ray players, but this 100W per channel receiver also has all the connectivity and capability modern consumers demand. Four HDMI inputs and one output are provided, complete with 3D pass-through, pass-through when the power is off and Audio Return Channel. In addition, the receiver has DLNA client capability for audio and video, internet radio and a built-in four-port Ethernet hub.

All three home cinema receivers will be available in October 2010. 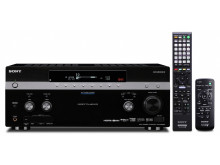 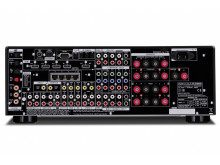 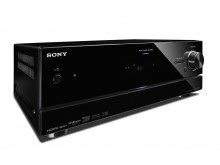 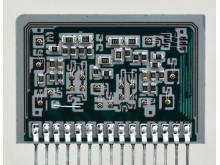 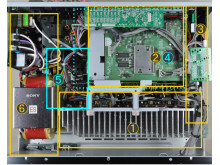 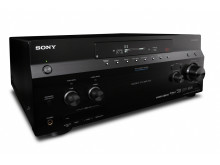 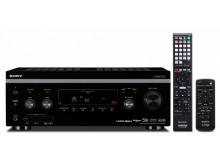 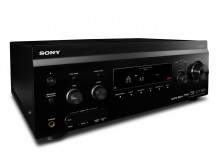 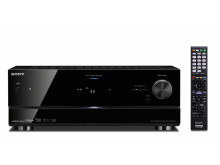 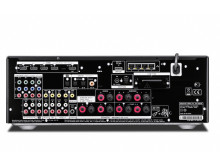 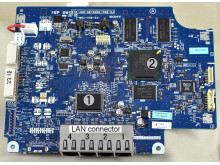