We are now proud to present the first projects which, through stunning imagery, give us insight to the mass transit system that carries more than 9 million people daily in Beijing, the urban beekeeping trend atop London’s roofs, the revitalization of Los Angeles' river channel and the trendy phenomenon of hot tub cinemas in London. We are also proud to present our new #FutureofCities blog futureofcities.tumblr.com.

What does the future of our cities look like? With over a dozen photo commissions, this initiative explores how cities around the world are evolving and coping with the large-scale migrations of people from suburban and rural areas into urban environments. With seventy-five percent of the global population projected to be living in cities by the middle of this century, Panos photographers have begun examining this change through topics such as urban farming, eco-housing, technological innovations, elastic environments, children at play, green spaces, economic divides and much more. Primary areas for reporting include China, the United States, United Kingdom, Mexico and Brazil, with additional stories from Africa, Asia and Northern Europe.

We are proud to present the first #FutureofCities projects. A selection of images from each of the series is available from press, for which you can find contact details below.

Big, busy and bustling: this is the Beijing Subway system, the second largest metro system in the world with 465 kilometers of track servicing the vast urban and suburban area of Beijing municipality. Opened in 1969, it now consists of 17 lines with more than 232 stations and an average of 9.5 million daily commuters. To accommodate the growing number of users, extensive expansion plans are set to more than double the network by 2020. Based in Beijing, Adam has documented this underground labyrinth system and the millions of commuters depending on the subway to get from A to B in their everyday life. To see full gallery please click here

The number of honeybees is falling and yet they play a vital role to life on earth. Without bees many of our favourite fruits, vegetables, and nuts could vanish from our shelves and ⅓ of our food supply would be gone. It has been claimed that without the honeybee we humans would only last 4 years on planet earth. Despite the falling numbers of honeybees, the trend of urban beekeeping is rising and beehives can now be found on rooftops in several of the world’s largest cities. Abbie visited London rooftops and documented the trend. To see full gallery please click here

The city of Los Angeles plans to restore the Los Angeles River channel - formerly an industrial wasteland - with up to $1 billion in state, local, and federal money, improving the ecology of the river and making it an attractive environment for residents and visitors. These changes are expected to lead to billions more in commercial and residential development. As noted in a May 24, 2014 article in the Los Angeles Times, the inevitable gentrification that results may have a detrimental impact on working class communities who have lived by the river for generations. Carolyn has photographed the river channel between the Sepulveda basin and downtown Los Angeles, and talked with residents, activists, and artists about the situation. To see full gallery please click here

A recent report stated that cities that ‘play together - stay together’. Bristol in the South West of England is one of the cities at the forefront of this thinking and recently hosted the UK’s first ‘Hot Tub Cinema’ event. An event that pitted perfect strangers in an outdoor hot tub and made them watch a movie on two giant outdoor screens. Guy documented the event in an attempt to explore the little moments and relationships that occur in a outdoor hot tub in the UK in winter. To see full gallery please click here

The #FutureofCities initiative will also call on non-Panos photographers to participate from within Sony and WPO communities, as well as encourage the general public to post their own photos on social media responding to the brief by tagging #FutureofCities.

The project has launched a blog to collate the most insightful, quirky, innovative and engaging comments and imagery in response to the #FutureofCities campaign, as well as highlight additional interviews with and images from participating photographers. View the blog at futureofcities.tumblr.com

Adrian Evans, Director of Panos Pictures comments, “What makes this project so exciting is that it has a broad appeal; so many people can relate to the importance of the topic. With more than half the world's population already living in cities, we are all aware of the joys and challenges associated with urban living. Indeed, most of us have formed our own ideas of what we want our cities to be like in the future. Sony has once again provided Panos photographers with the latest in digital camera technology to enable them to visually explore the issues and bring the # FutureofCities project to life.”

If you require press membership please register at sgia.worldphoto.org/register 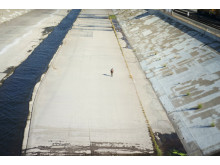 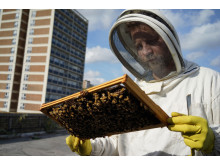 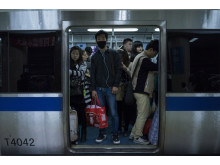