Ever since its foundation in 1946, Sony has continued to drive the electronics market through technological development and changed the way we engage with and feel about technology. The basis of such achievement lies in the company’s continuous dedication to stylish and functional design with the consumer in mind. This was first recognised in 2000 when Sony received the Red Dot Design Team of the Year award. This year, Sony celebrates yet another success as Red Dot recognises the corporation’s innovative product designs with a total of 15 awards.

The Red Dot Award: Product Design, which is one of the world’s most distinguished product design prizes, is awarded by the Design Zentrum Nordrhein Westfalen in Essen, Germany. In 2015, the jury received 4,928 submissions from 56 countries, which is testimony to the award’s global standing.

The Best of the Best

Amongst the awarded products, Sony received two Red Dot: Best of the Best Awards. The nine adjudication criteria used range from the degree of innovation, to hard and soft qualitative design measures to functional and ecological criteria, and thus recognise ground-breaking, thoughtful and esthetical pleasing design.

The stylish LSPX-W1S4K ultra short throw laser projector is the first step in realizing Sony's "Life Space UX" concept, a new user experience that enables consumers to enjoy entertainment content in their living room in a completely new and visually amazing way, thanks to its sleek design that fits seamlessly into any part of your home. The Ultra Short Throw Lens lets you place the projector close to your wall, which allows the LSPX-W1S projector to transform the entire space into a life-size window with an expansive 147 inch image that boasts four times the clarity of Full HD, converting living spaces into evolving environments. The 4K Ultra Short Throw Laser Projector's stylish, furniture-like design harmonises with existing living spaces and its refined aluminum finish makes any living room look more luxurious. Designed as an elegant piece of furniture, the projector creates a unique focal point whether switched on or off.

Xperia™ E3 provides fast performance and unmatched entertainment with fun features that are easy to use. Sharing the same beautiful design style as Sony’s flagship Z3 series smartphones, Xperia E3 is beautifully crafted and makes a style statement right out of the box. Being both slim and lightweight, E3 is conveniently designed for easy use with just one hand, making it perfect for life on the go. Xperia E3 also integrates a generous 4.5” display, 5MP rear camera with Xperia camera apps and HDR for photos, and a powerful long-lasting battery with Battery STAMINA mode to keep you entertained for longer.

In 2015, Sony received 13 product design Winner Awards for models ranging through several of the tech-giants product groups. Winners such as the BRAVIA X9500B Series, theNW-ZX2 Walkmanas well as theDSC-RX100M3Cyber-shot camera represent tasteful and functional design that allows electronics to fluidly integrate with consumers’ living environments. Together with the awarded SRS-X99 they focus on a combination between the best in technological performance and a minimalistic, non-obtrusive design, which allows them to deliver added value seamlessly to consumers.

Sony was also awarded for its innovative force in the medical sector as its HMS-3000MThead-mount display, has been shown to decrease doctors’ fatigue through increased comfort and convenience where it counts most; during surgery.

This broad range of product awards shows Sony’s dedication to consumer-centric design throughout all of its corporate identity and processes.

Red Dot: Best of the Best

For more information on Sony’s involvement in the Red Dot Awards please refer to the following URL: http://www.sony.net/SonyInfo/design/works/awards/rd_design_2015.html?s_tc=sd_rd2015e_pr 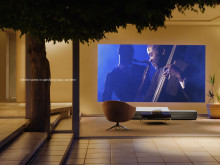 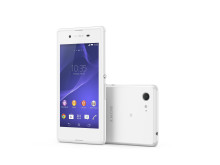 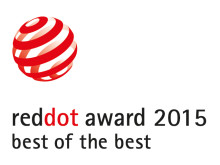 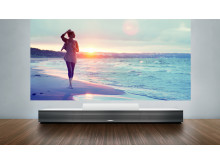