The AG9 BRAVIA OLED 4K HDR TV is part of Sony’s top-of-the-line MASTER Series, which represents the pinnacle of picture quality available to home viewers, displaying images that faithfully convey the creators’ intent. Retailers in several European countries have now started taking pre-orders for the TV with deliveries expected in May (65” and 55” models) and June (77” model).

Sony Europe has announced pricing and availability for its AG9 series BRAVIA OLED 4K HDR TV in Europe. The TV is now available to pre-order in select countries in Europe with May as the in-stock date for the 65” and 55” models and June for the 77” model.

The AG9 is Sony’s new flagship 4K HDR OLED TV available as 77”, 65”, and 55” models, in a very slim form factor. Image comes to life with the super-wide viewing angle, precise contrast and absolute blacks of OLED technology. Over 8 million self-illuminating pixels are precisely and individually controlled by the Picture Processor X1™ Ultimate. This processor features Object-Based Super Resolution technology, which can detect and analyse individual objects within a scene and intelligently enhance the contrast, detail and colour for remarkable realism. In addition to the processor, the AG9 has the newly enhanced Pixel Contrast Booster for even more colour and contrast in bright areas compared with its predecessor. As a result, the AG9 provides premium picture quality approaching that of a professional-grade monitor, showing images and colours as they truly are, as the creator intended. The processor improves SD and HD content closer to 4K HDR quality and shows 4K HDR content in stunning clarity. 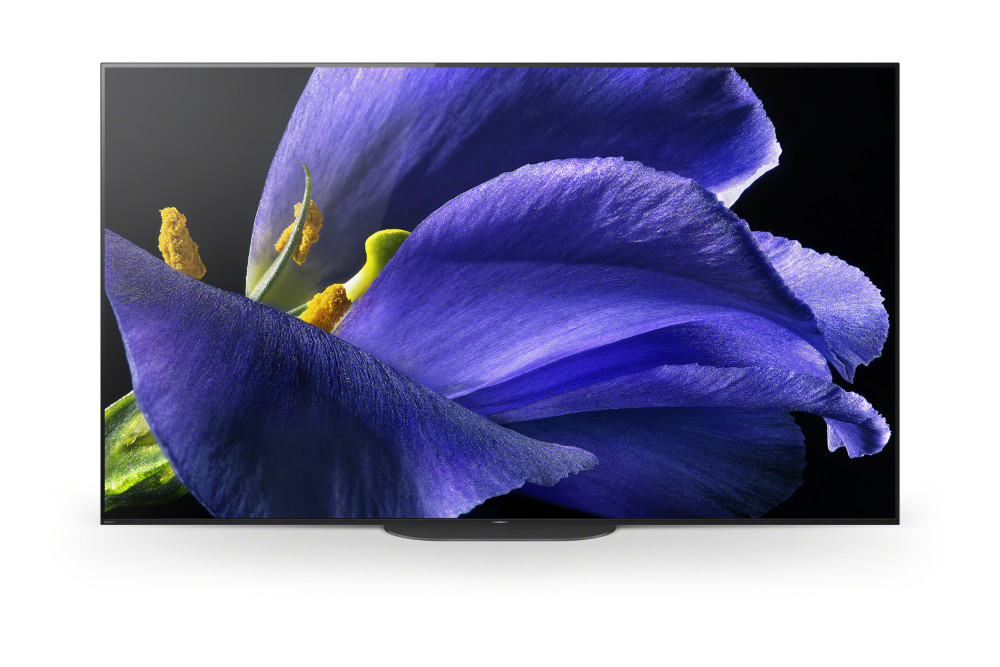 Acoustic Surface Audio+ provides a totally immersive sound experience with the audio coming directly from the entire screen, creating a perfect harmony of sound and picture. The AG9 features newly developed actuators that utilise an oval-shaped design, delivering a wider-sound field between bass and treble and more powerful acoustics overall. In addition, a TV Centre Speaker Mode provides choice to use the TV as the centre speaker in a home cinema setup.

The AG9 is very slim in depth; when wall-mounted using the SU-WL850 wall mount bracket1, the AG9 will mount just 50mm (approx.) from the wall2, around half the distance of Sony’s previous model3. Furthermore, to bring the best viewing position and flexible usage, SU-WL850 has a swivel and tilt functionality so that the TV’s position can be adjusted as preferred.

For the ultimate in picture quality, the AG9 pairs the brilliance of 4K clarity with the brightness, colour, and detail of High Dynamic Range (HDR). Previously hidden areas of dark shadow and sunlight are now full of clarity and detail. The AG9 TV features Netflix Calibrated Mode, IMAX Enhanced4, Dolby Vision™ and Dolby Atmos™5 to deliver the viewing experience just as the creator intended.

The AG9 series BRAVIA OLED 4K HDR TV features Sony Android TV which supports a wide range of apps from Google Play™, including YouTube™, Netflix, Prime Video and more (availability varies by region.) To make the TV and home even smarter, the AG9 TV have Google Assistant built-in. Additionally, the TV has a built-in microphone that will free users’ hands. Viewers can simply talk to the TV using Google Assistant to quickly plan the day, discover content, or to play TV shows, films, and more. (Google Assistant availability depends on region.) The TV also works with popular smart speakers such as Sony’s own LF-S50G and SRS-XB501G, Google Home or Amazon Echo devices. With smart speakers, users can control their TV and stream content by simply using their voice – with more features to come later this year.

The AG9 series BRAVIA OLED 4K HDR TV will be compatible with Apple AirPlay 2 and HomeKit. AirPlay 2 lets you effortlessly stream content from your iPhone, iPad and Mac right to your Sony TV. Watch movies and shows from iTunes and other video apps, and view photos directly on your Sony TV. Play music or listen to podcasts on the television and AirPlay 2 speakers throughout the home – all in sync. HomeKit lets you easily and securely control smart home products using the Home app or by asking Siri on your Apple devices. TVs can be added to the Home app and included in scenes or automations with other HomeKit accessories. For example, users can create a “Movie Night” scene in the Home app to easily turn on their smart TV and dim the lights, and simply ask Siri to launch the scene. AirPlay 2 and HomeKit support will launch in ZG9, AG9, XG95, XG85 models in 2019.

The AG9 features a newly designed premium voice remote, with a sleek, aluminium face, simplified button configuration and addition of RF for quick response and easy control without the need to point the remote. And a newly developed user interface brings seamless and quick access to favourite apps and settings.

3 Compared to the AF9 series using a compatible wall-mount system.

4 Available via a future software update.

5 Available via a future software update. 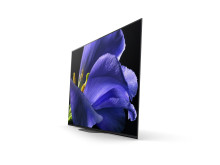 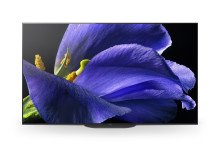 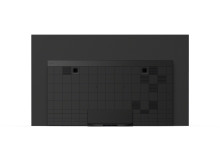 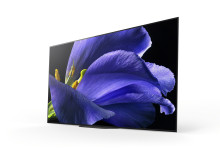 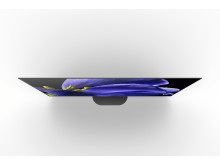 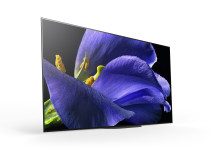 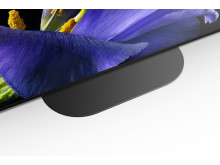 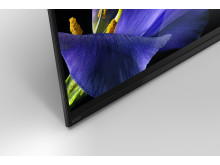 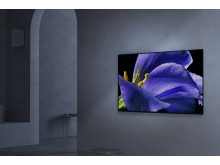 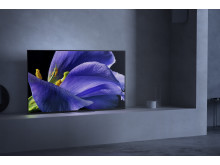 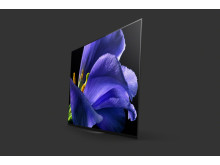