From over 200 institutions initially selected to compete, 10 students were shortlisted across six continents to take part in the final stage of the competition. École Nationale Supérieure Louis Lumière and Louis Boulet was announced as the eventual winner at the prestigious Sony World Photography Awards ceremony in London’s Leicester Square Odeon and the school was awarded approximately 45,000 Euros’ worth of Sony digital imaging equipment.

The students had a month prior to the awards to complete the final challenge. The theme of the brief was, ‘Actions speak louder than words’, and students were asked to produce a series of images on the subject of actions and movement using Sony's SLT-A55 cameras.

Commenting on his images, Louis comments:
‘Today we’re in a hurly burly society where the link between action and words is more problematic than ever. Can we act without thinking? Should we always think before acting? At the risk of undertaking nothing? Are actions louder than words? This series of pictures illustrates this imperceptible shift from banality to fascism. However, the solution – if it exists – is not in endless debates; it starts by observing and analysing reality in a movement that is neither word nor action and yet some of both, that is to say: photography.’

Part of the series of winning images by Louis Boulet, École Nationale Supérieure Louis Lumière are:

Louis Boulet and the other nine shortlisted photographers are all taking part in the World Photography Festival at Somerset House, London. Students will receive lectures, talks and masterclasses led by industry figureheads and Academy members. Their winning and shortlisted images will also be exhibited as part of the World Photography Festival London.

Student Focus has established itself as the world’s most high-profile student photography award and is open to universities worldwide that hold a photography programme. The 2011 competition attracted entries from over 200 institutions across six continents, increased from 120 in 2010 and grown from just ten European universities in 2007, its inaugural year.

Created in partnership with the Young Tate Online, Tate’s digital programme for young creatives, this year’s student competition brief was based on the critically acclaimed photographic exhibition EXPOSED at Tate Modern, London. The 2010 Student Focus partnership project represents Tate’s aim to reach beyond the walls of the Tate galleries, working across platforms to engage audiences in new and innovative ways. Students were asked to submit images drawn on themes explored within the exhibition, resulting in a highly impressive shortlist.

The shortlist was selected by a prestigious judging panel from the photographic community including: Deborah Willis – Chair and Professor of Photography and Imaging at Tisch School of the Arts, New York University; Eder Chiodetto, Curator of Photography at the Museum of Modern Art of Sao Paulo; Roger Tooth, Head of Photography of The Guardian, The Observer and guardian.co.uk; Simon Norfolk, winner of the Foreign Press Club of America Award and Le Prix Dialogue at Les Rencontres d’Arles and Shizuka Yokomizo, photographer known for her portrait series Strangers and exhibited worldwide.

"This is some of most exciting student works that have come to my attention in a while; it is innovative, fresh, and representative of current trends in cutting edge contemporary photography. The images present metaphors to the notion “action speaks louder than words” as it creates an interior state of being and the photographers' sensitivity to observe the power to ‘act’ or ‘enact’. The expressions of the subjects responding to the photographers’ lens create tension and anticipation as the viewer imagines the moment which collapses time with action."

Tatsuya Akashi, Vice President of Digital Imaging at Sony Europe, comments:
“It's very rewarding to see the high quality of work produced by the student entrants and we're proud to be able to support their passion for photography." 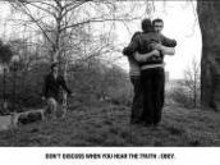