To sit alongside the study, Sony also conducted a video and sound experiment curated by innovative production company Unit 9. In the ‘Party Animals’ video, sound is visualised through animal reactions with the help of the new one-box high powered audio system GTK-XB7 to the beat of Martin Garrix’s ground breaking electronic dance hit ‘Animals’.

Sure to get anyone moving, the boombastic GTK-XB7 features Sony’s unique EXTRA BASS technology, which uses DSP technology to ensure music sounds and feels even more powerful, with punchy and deep bass notes that define today’s pulsing electronic dance tracks. Combined with 3-way multi-colour illumination - line lights, flashing strobes and speaker lights - that pulse in synch with the music, the GTK-XB7 brings a festival feeling to any house party.

Knowing that music is best enjoyed with our nearest and dearest, Sony looked at what man’s best friend would most prefer to tune into if given the choice - calming classical concertos or upbeat, high-tempo chart hits. Working with animal perception expert Dr Anna Wilkinson, who is a member of the Association for the Study of Animal Behaviour (ASAB), alongside PhD student Natalia Albuquerque, Sony conducted the Music Preference in Domestic Dogs study. ASAB is a European animal behavioural society dedicated to the study of animal behaviour.

The study found a strong fondness of chart hits over well-known classical concertos, with 62 per cent of dogs spontaneously choosing to listen to modern music compared to only 38 per cent who chose classical. When given 10 choices between the two genres in the preference task, dogs chose the chart hits significantly more than classical; with canines more likely to spend more time around the speaker that played upbeat chart hits than the speaker playing classical; suggesting they enjoyed listening to the high-tempo tunes with a beat more.

Two Sony GTK-XB7 audio systems were used during the experiment as means of playing popular or classical music to the canines, with their reactions documented and compared. Music was played from both speakers, one song on each speaker, and songs were presented in pairs and the placement of the speaker, as well as the order of song combinations was randomised, to ensure an unbiased result. Stimuli included five famous classical songs, featuring composers such as Mozart and Pachelbel, as well as five famed chart artists from Elvis Presley and Martin Garrix to Justin Bieber and Beyoncé.

When discussing the findings, Dr Anna Wilkinson stated: “The research shows an interesting difference in musical preference between popular and classical music. When given ten choices between the music types, dogs consistently chose the Sony GTK-XB7 that played popular music more than the one playing classical.”

In 2015 the science of Cymatics was put to the test, this year, Sony takes scientific sound experiments to the next level, pairing the GTK-XB7 one-box high powered audio system with household animals’ reactions to music.

To bring the study and the GTK-XB7 to life, Sony worked with Unit 9, as well as specialist animal handlers and an onsite vet, to create a video that represented the size and scope of a party with the GTK-XB7 through contrast with an array of household animals.

The video depicts cats, dogs and rabbits in glorious 1000 FPS (frames per second) super slow motion as they react to the music, with each product capability accentuated through a series of ‘sets’. Air blasts recreate the incredible sound pressure of the system, while the environmental lighting matches the speaker’s multi-colour illumination LEDs and strobes. One of the highlights of the video is when the EXTRA BASS™ technology is emphasized through a Persian cat enjoying its repose, as it vibrates to the beat in an exposed sub-woofer.

The ‘purr-fect’ party potential of the speaker is also shown through wet and dry animals including Basset Hounds, Persian cats, Hungarian Pulis, Chouchous and rabbits dancing and shaking to the music.

Alberto Ayala, Director of Video and Sound at Sony Europe, said on the video: “The XB7 is all about fun; the portability, sound pressure, lights and EXTRA BASS™ means you can bring a top class party with you anywhere. To mark the launch of the new high powered speakers, we wanted to take the fun to the next level – and what better way than to invite our furriest friends to take part in the festivities!”

View the Behind the Scenes Video here: https://youtu.be/xLgSpnHePk8 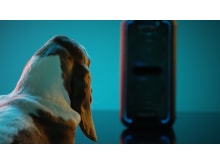 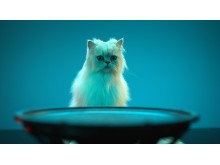 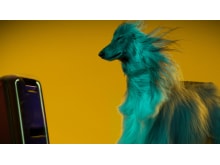 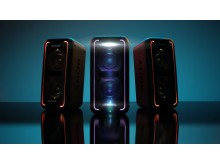 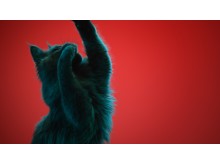 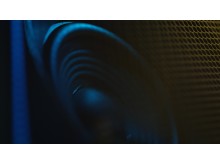 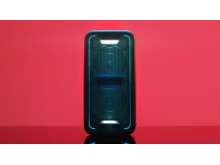 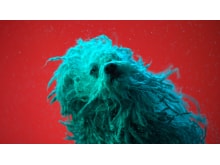 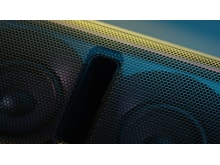 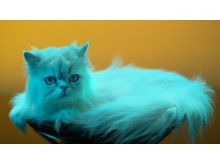 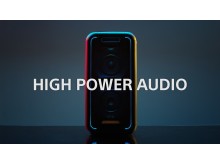