Follow Sony Europe
28th March, 2017: Ten extraordinary photographs from across the globe are today revealed as the winners of the Open categories of the 2017 Sony World Photography Awards, the world’s largest photography competition.

The winners were selected from more than 105,000 entries to the Awards’ Open competition, with the expert panel of judges looking for the best single photographs across ten categories.

The ten Open category winners are:

Each of the ten winning photographs display huge photographic talent and creativity, from a stunning wildlife shot of flamingos in Walvis Bay, Namibia (Alessandra Meniconzi) to the ice blue and white of winter (Hiroshi Tanita) and a beautifully simple portrait (Alexander Vinogradov). Scale is used to stunning effect to capture more than 1300 people practicing Tai-Chi in China (Jianguo Gong) and architecture in Berlin (Tim Cornbill) while a crucial goal-scoring moment in an underwater rugby match is photographed by Camilo Diaz. A subtle palette of color is used in both the Enhanced (Lise Johansson) and Travel (Ralph Gräf)category winners while black and white photography is the choice for the Street Photography winner (Constantinos Sofikitis).

Each winning photographer receives a Sony α7 II with lens kit and will now compete to win the prestigious Sony World Photography Awards’ Open Photographer of the Year title, a trip to the winners' awards ceremony in London in April and $5,000 US dollars in cash prizes. The overall winner will be announced on the 20th April alongside the winners of the Professional competition (judged on a body of work).

Chair of the Open competition, journalist and photographer Damien Demolder, said of the winning Open images: “It has been a pleasure and an inspiration to be exposed to such a volume of great work, and a privilege too that I could share in the personal moments, the joys, tears, life and losses of photographers from all around the globe who recorded their experiences through their pictures.”

The winners of the Sony World Photography Awards National Awards, a global program to find the best single photographs taken by local photographers in 65 countries, were also announced today.

Now in its fourth year, the National Awards is unique in both scope and reach and opened up to photographers from Cambodia, Nepal, Pakistan, Qatar, Saudi Arabia, Sri Lanka and the United Arab Emirates for the first time this year.

Winners and runners-ups across all 66 National Awards were announced today, and can be viewed here.

The winners of the Open categories and the National Awards will all be shown at the Sony World Photography Awards & Martin Parr – 2017 Exhibition at Somerset House, London which opens on the 21st April and runs until the 7th May.

The exhibition will include all the winning, shortlisted (top 10) and commended (top 50) photographs drawn from more than 227,000 entries from 183 countries to the 2017 Sony World Photography Awards. It will also feature a special dedication to British photographer Martin Parr, recipient of the Awards’ Outstanding Contribution to Photography prize.

Images by all Open category and National Award winners are available for publication at press.worldphoto.org

227,596 images were entered into the 2017 Sony World Photography Awards across all competitions

About Sony CorporationSony Corporation is a leading manufacturer of audio, video, imaging, game, communications, key device and information technology products for the consumer and professional markets. With its music, pictures, computer entertainment and online businesses, Sony is uniquely positioned to be the leading electronics and entertainment company in the world. Sony recorded consolidated annual sales of approximately $72 billion for the fiscal year ended March 31, 2016. Sony Global Web Site: http://www.sony.net/ 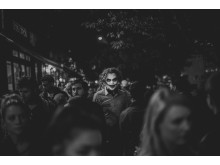 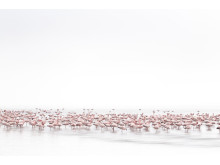 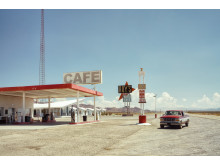 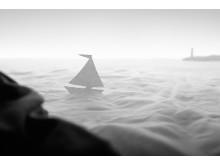 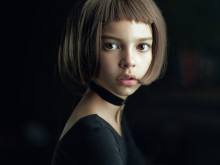 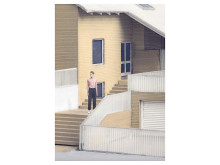 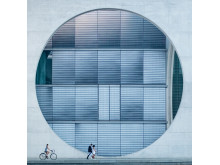