With over 37 million customers every year at its 68 cinemas and 657 stadium seated screens, Vue Entertainment will become the largest cinema circuit equipped with Sony 4K digital technology in Europe which will provide audiences with the most state-of-the-art highest resolution on-screen presentation available, delivering both a fully immersive, easy-on-the-eye 3D experience and superior 2D quality, thanks to Sony’s unique 4K projection technology.

Tim Richards, CEO, Vue Entertainment, said: “We are delighted to have signed such an significant agreement with Sony Digital Cinema. The partnership between our 2 brands will deliver the very best possible cinematic big screen experience for our customers. The transition to all digital screens also heralds a new era for cinema offering greater choice not only of films but also allow us to expand our range of live and recorded 3D and 2D content covering sports, music, opera, ballet, theatre, comedy gaming and other major special events.

Over the coming weeks we will be announcing an exciting customer marketing campaign that communicates the benefits of the Vue/Sony partnership and 4K projection. This along with the many other plans we already have in the pipeline between our two companies marks the start of a very special moment in our company’s strategy moving forward”

David McIntosh, Director, Sony Europe, commented, “This is a particularly exciting partnership for Sony Digital Cinema 4K, which further demonstrates our commitment to the long-term success of the industry, heralding the next generation of digital cinema. We are very excited about working with Tim and the team at Vue as one of the most progressive cinema companies in the world and are delighted that Sony 4K is going to play a key role in helping Vue offer its customers a revolutionized industry-leading movie-going experience”

Vue and Sony will start the conversion process immediately and it is expected to take 18 months to complete. 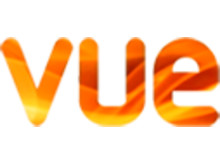