The opening weekend of World Photo, London will be held at Somerset House from 27 - 30 April with selected festival events and the Sony World Photography Awards winners exhibitions, continuing through to 20 May 2012. The annual Sony World Photography Awards ceremony and gala dinner will take place on 26 April at the Hilton Hotel in London’s Park Lane. The Festival will include a wide-ranging programme of events, talks, seminars, workshops and exhibitions; honorary Judges for the 2012 Awards and other international industry experts will also be participating in the Festival events. These include esteemed writer and photo critic Susan Bright, chair of the Awards; James Reid, Photography Director of Wallpaper*; Michael Benson, Director, Prix Pictet and Claudia Hinterseer, MD and co-owner of NOOR, an international photo agency and foundation.

World Photo, London is open to everyone with a passion for photography - professionals, amateurs, students and, of course, the photo-loving public.

‘We are eagerly anticipating our second year in London and are thrilled to welcome our international photo community once again to what we believe will be home to our main festival and awards for many years to come. 2011 proved that both the industry and the City reciprocated our enthusiasm by embracing our programmes. We are humbled and extremely thankful for all the support we have received thus far.’

· City Projects: New to this year, City Projects are an ongoing WPO workshop programme, designed to connect enthusiast and professional photographers with a global project. By the time World Photo, London commences, these workshops will already have taken place in New York, Chicago, San Francisco, São Paulo, Birmingham and Manchester.

Led by veteran industry experts, the theme for the 2011/2012 City Projects is ‘Portraits of a City’. One of the leading experts, Jez Coulson, a photojournalist and reportage artist, will be involved in all three of the UK projects and will interpret the theme with his own unique brief, “Economics of the Streets”.

A selection of the work produced during all of the City Projects will be printed and exhibited at the Manchester Photographic Gallery from the 1st - 31st of March and also showcased as part of a mixed media exhibition in London at Somerset House. For more detailed information on the City Projects workshops and upcoming cities, please see: http://www.worldphoto.org/festivals-events/city-projects/.

· In the Photographers’ Studio: A series of intimate conversations over four evenings with some of the greatest living photographers including the winner of the Sony World Photography Awards Outstanding Contribution to Photography. Discover the personal journeys that these internationally renowned photographers have taken through the years, as they converse with other known industry folk to reveal their stories and showcase both known and unknown work.

· The Sony World Photography Awards 2012 Winners’ Showcase: See hundreds of images on display from the winners and runner-ups of the 2012 Awards programme. Experience a vast collection of international contemporary photography, spanning all genres including Documentary, Sport, Portraiture, Landscape, Fashion and more.

· Beginners Portrait Workshop with David Graham: This workshop will teach beginners how to take better portraits, and will run alongside other exciting and informative workshops covering such topics as book design, portraiture photography and Portfolio Reviews.

· Wine and Critique: Also new to the 2012 programme this will give photography enthusiasts the opportunity to ponder the exhibitions, sip a glass of Pinot amongst peers and look at each other’s work, whilst getting to know other local photographers.

· Students will receive 25% off all ticket items including portfolio reviews

Somerset House is a spectacular neo-classical building in the heart of London, sitting between the Strand and the River Thames. Since opening to the public in 2000, Somerset House has produced a distinctive public programme that annually draws over 1.2 million visitors to the site, providing a stimulating environment for exploration and relaxation. The varied, year-round programme includes an open air film and concert season and ice rink, as well as temporary exhibitions focusing on contemporary fashion, architecture, art and design, family workshops and free guided tours. In September 2009, Somerset House became the new home of London Fashion Week.

For press enquiries about Somerset House, please contact Josephine Rodrigues or Natalia Christina on: press@somersethouse.org.uk or 020 7845 4638 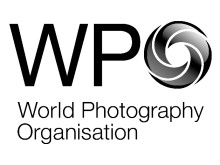 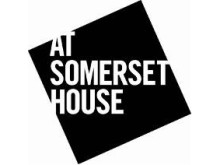